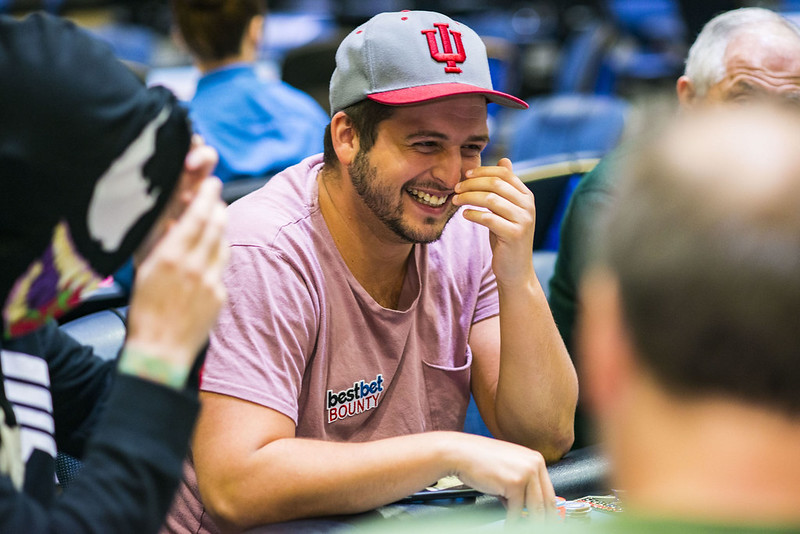 Looking back, Jake Schwartz admits it probably wasn’t a good idea. He only had about $7,000 to his name in November 2015 and was using about $5,000 to enter the Season XIV WPT bestbet Bounty Scramble. Sure, he sold a bit of his action to a couple friends, but paying the bills would be difficult if he didn’t cash for something.

“I was dead broke,” says Schwartz, who was 24 at the time. “I was just playing poker full time and was not good with bankroll management. I didn’t stop when I was losing, so that was stupid. I was young, dumb, and lucky. I was fearless too. Now I have a little more fear in me.”

Despite that dicey decision, things turned out okay for Schwartz. He went on to finish sixth (pictured below) for $72,153 in the Season XIV event. 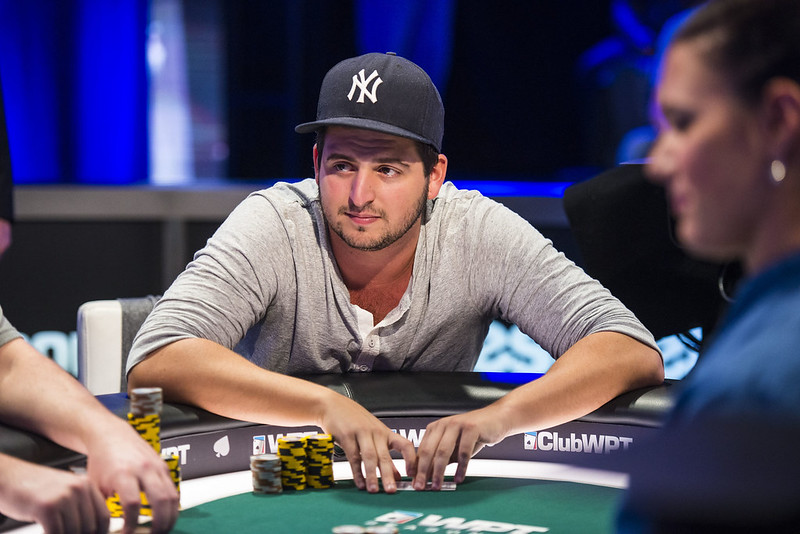 “Since then I’ve vowed I won’t go broke again,” he says. “I’ve been much better with my bankroll. And I’m reinvesting for other WPTs”

That score was parlayed into a big fourth-place finish at Bellagio only two months later. He finished fourth in the WPT Five Diamond World Poker Classic for $412,187. More big finishes would also follow in Jacksonville. A year later he added a sixth-place for $33,933. Last season he scored his best WPT finish ever – runner-up for $228,590.

On Friday, Schwartz was back in the field for Day 1a at bestbet, hoping for yet another deep run. This year, he was also one of those players in the bounty pool – with $2,500 going whoever eliminates him. After a quick look at his history here, it won’t be easy and may not be soon.

“I really like the bounty atmosphere,” says Schwartz, who lives in Fort Lauderdale, Florida. “This is the first time I’ve been a bounty. It will be interesting. I’ll probably have to tighten up a bit. But it’s fun and kind of an honor to be asked to be a bounty here because being asked is pretty cool with having prior success here.”

Schwartz recently returned from a trip to Europe. He spent some time in Italy and Greece before playing poker in Barcelona. The poker didn’t turn out so well, he says, but it was a fun trip nonetheless.

What has been the secret to his success here in north Florida?

“I don’t know what it is,” he says. “Maybe it’s the sushi they serve – because the sushi is surprisingly alright.”

No doubt sushi will be on the menu again this trip.

Sean Chaffin is a freelance writer in Crandall, Texas, and his work appears in numerous websites and publications. Follow him on Twitter @PokerTraditions.